I am in LOVE with these throw pillows: 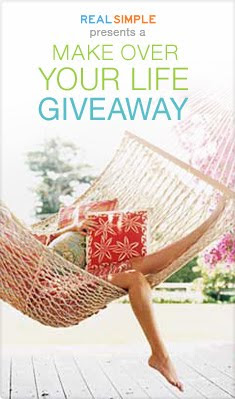 But of course I have no idea where to find them. Just got this email in my inbox that included this picture and now I NEED them ;-). If anyone sees anything like these in your travels would you be so kind as to let me know where...I would really appreciate it.
Posted by Desi at 11:37 AM 1 comment:

Ari is in Jr. High this year and has been taking full advantage of their sports program (which I love.) It keeps her active and out of trouble, what more could I want?

At her school any 7th or 8th grader that wants to participate in sports gets to...no try outs, so she has gotten to try any sport that she wants. It means that their teams don't do so well against the other schools typically, but hey, like I said she's learning what sports she likes and wants to participate in and staying out of trouble at the same time.

So far she has played basketball and soccer and now track. She refused to do cross country in the fall (she has no endurance and has no desire to change that...ha ha ha) and she went to two days of volleyball and decided it wasn't for her. Although they have intermural sports at lunch and I guess she has done pretty well so a few of the players from the team this year have asked her to play next year so we'll see.

With so many kids on each team it means that often playing time is short, but luckily for Ari she is on the tall side so she played pretty often in basketball and played center (which she didn't really like, but loved the extra playing time.)

For soccer the coach was up front that he would play the better players more often which I didn't think was really fair, but it worked out for Ari because she's been playing soccer for years and is pretty good.

Track just started last week and on Thursday she was invited to run in a high school invitational meet, with schools coming from all over the area (a ton of them from the Bay Area). She was excited about that and I didn't realize what an honor it was until we got there and from her team of 135 kids only 20 were invited to this meet. They only had four races for the Jr. High kids, a girls and then a boys 800 (too long for Ari) and a 200 for boys and then girls. Ari says her best race is the 100m (nice and short so she can just run all out and be done, so for the invitational she ran the 200m. She came in 5th which isn't to bad considering she had only been to three track practices in her life at that point. I find that now that I have two little ones I don't take as many pictures of Ari's events because I'm taking care of one child while Ken is taking care of the other one, so I only got a couple picture at her meet last Friday, but her first meet against other schools in the area is this Thursday so maybe I'll get some more pictures. 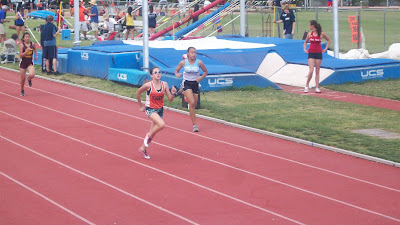 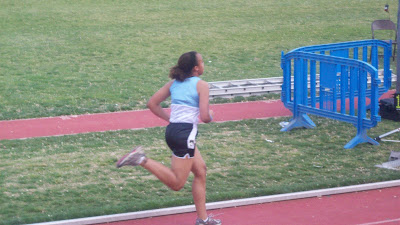 I am a terrible blogger, but I took a few pictures of Kai on Sunday because it was his 9 month birthday so I thought I would post a few. It is so hard for me to believe how big my little man is getting. 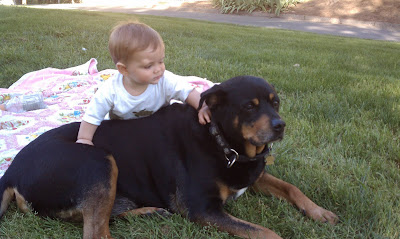 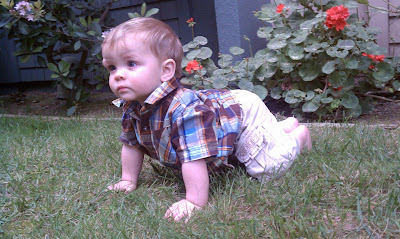 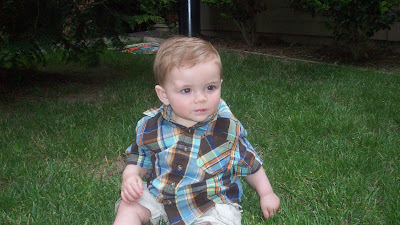 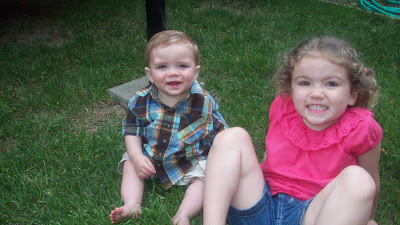 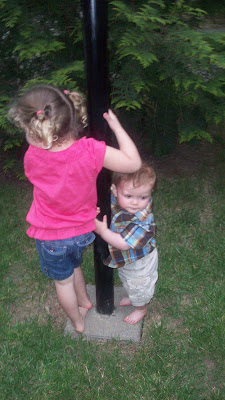