What does Diversity mean to you?

To be honest, growing up in Idaho I wasn’t exposed to a whole lot of diversity. Idaho Falls is a little more diverse then a lot of the state because of the INL that brought educated people from around the country, which in turn brought people of different races, ethnicities and nationalities, but unfortunately that’s still not saying much. The LDS church is also the predominate religion in the area, and being a member of that church I was yet again not a member of any minority.

My parents weren’t all that keen on me learning about other religions either. In high school a friend of mine was Catholic and invited me go to the Christmas Midnight Mass with her. I thought it would be fun so I told my parents I wanted to go, but I think my mom cried the entire time I was gone because she thought I was going to convert. I’m not blaming my parents for this fact, they did what they thought was best, I just believe knowledge is power. I have now attended Catholic Mass a few times in my life and because of that experience I have a greater knowledge of my own faith and what I do believe. I have also attended Baptist and Presbyterian congregations as well, and if anything it has only enhanced my beliefs in my religion.

So, along this line of reasoning, I find it important to expand my horizons and knowledge of those who look different, think different or act differently than I. I also want to expose my children to all types of different people and cultures, and last Friday night we had one of those opportunities. 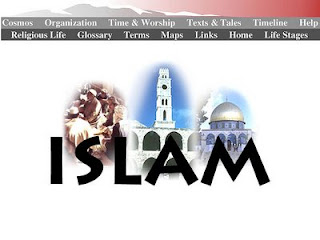 In 2001, right after the events of September 11th the Muslim Student Association (we live in a college town) wanted to share their beliefs with the community to help people not familiar with the Muslim people or religion to have a better understanding of who they are and what they believe because of all the negative backlash from the terrorist events. They created an event during the month of Ramadan called “Fast for a Day” and it has turned into an annual event that everyone in the community has the opportunity to attend. From what I understand it has grown immensely over the years (we didn’t live here when it first started) but I was definitely still one of the few blonds (well, it’s getting dark blond now, but that’s not the point) in a sea of black hair. This was sad to me because it’s such a wonderful opportunity to go and mingle and learn about our fellow brothers and sisters in this human race.

They suggest that you fast for the day between 5:30 a.m. and 7:00 p.m. on the day of the event, because during Ramadan Muslims fast during daylight hours to “strive to purify themselves through extra acts of worship, self-restraint (thus the fasting), charity, and other good deeds.” This is to help you better understand the culture and religion, and also to help put you in the right frame of mind. DH and I fasted out of respect for those who were putting on the event (we didn’t feel that it would be necessary to have Ari fast because her concentration at school would have plummeted). I’m guessing not a lot of non-Muslims do the fasting part because one of the hosts was chatting with us and said something to the effect of “you probably didn’t fast” and when we responded that we had he was seemed shocked and asked us about our experience. Later I thought I should have used that as an opportunity to help him better understand our religion and should have explained that we too fast, monthly, for our religion, so it wasn’t a new experience to us. However, that would mean I was quick thinking, which I’m not, I always think of good things to say once a conversation is over. I blame it on my shyness. I have a hard time carrying on a conversation with strangers to begin with.

Anyway, this was the second year we went (last year I didn’t fast because I was pregnant at the time and we had to leave early because Ari had previously made plans with a friend so we didn’t get to stay for dinner) and I am in awe of how spiritual of an experience it is. During the call to prayer, the melodic chanting (I don’t know the correct term for it, but I’m sure you’ve heard it on TV or in movies, where they are almost singing in Arabic) is beautiful and I can definitely feel the spirit in the room. I believe there is truth in most if not all religions and whether we have it all right or not, I believe God knows the true intentions of our hearts and loves each and every one of his children.

Dinner was good, and that’s saying something since I’m not all that adventurous when it comes to culinary adventures, but DH was disappointed because he said the dinner we missed the year before looked and smelled amazing. Since he’s been to the Middle East/Asia on many occasions and he loves to try new foods he was looking forward to having some authentic food. I was just glad it wasn’t too unusual ;)

Now, all this being said, it does not mean that I plan on ferrying my children around to a different church every week so they can experience every religion there is. I have found the religion I believe in and the beliefs and values I want to raise my children with, so we go to our church every Sunday. But, I will continue to seek out opportunities to show them that ours is a world full of differences that are wonderful and good and to be accepting of everyone else for who they are and what they believe.

Hey Desi, I do love shopping at a swap meet where no one speaks english and my husband has to translate for me. Or hurtling through items at a garage sale on a foggy morning in Berkeley surrounded by hippies. Or enjoying a gospel choir in Oakland. Diversity for me has little to do with how people look or what language we speak but how they think and feel. And these days I find myself homesick for the idea of Zion where people are of one heart and one mind. Thank you for commenting on my blog!

This sounds really cool. Foxy and I will have to join in the fun next year. When it comes to appreciating diversity I'm usually better at talking the talk than walking the walk, so I enjoy the rare opportunity where I actually get to know people who are different from me.