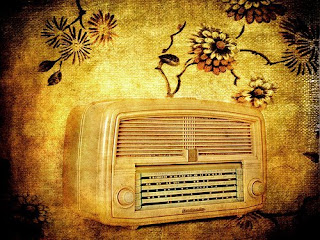 My first real job upon graduating from college was as a marketing coordinator for a small non-profit. One of my responsibilities was to purchase all the advertising for our events.

One day I was at one of the local radio station offices talking to the sales rep about the target markets of the three different stations run out of this office. We were discussing the demographic of who was listening so I could decide how much and where to advertise. Many of our events were targeted to young families, so obviously I wanted to concentrate my small advertising budget on the stations they most listened to. During the course of this conversation he mentioned the station that was my station of choice in the area and said that their demographic was too young for what I was looking for. He said almost like clockwork people changed their listening preferences starting at about 27 years old and no longer listened to this station. He and I had worked together on a number of projects so I felt comfortable in retorting that I was 28, a parent and I still listened to this station. He laughed and said, “That will change, mark my words. You will change the type of music you listen to within the next few years.”

I contemplated this conversation wondering if he was right and if I would soon move on to a station with a much more mature listening audience. Eight years later I can now say that he was only partially correct. For better or for worse the stations I listen to depend upon who is around when I’m in the car. I don’t listen to the actual lyrics most of the time. It could be one of my most favorite songs and I couldn’t tell you half of what it was actually saying. I don’t know why I’m like this, but I am. Even if I know the general message of the song I tend to overlook inappropriate lyrics and such. Back when I was 27 and had a very young daughter I didn’t think too much about what I was listening too. I think it was when she was 4 or 5 and she knew all the words to a Nelly song by heart that I determined it was time to monitor what was entering her little brain. Now that she is 10 years old and she very definitely listens to the lyrics I tend to be a lot more careful of what is playing on the radio. I still listen to those stations that the sales rep said I wouldn’t listen to anymore; I just do it when I’m by myself in the car. Country is one of my stations of choice when the kids are with me because the lyrics don’t tend to be as bad.

So What - Pink
I was listening to and thoroughly enjoying this Pink song the other day and wondering if I was too old to be listening to that type of music anymore, which reminded me of this conversation. So, how about you? Did you like clockwork migrate to a more mature station at 27 years old? Have you changed your listening preferences over the years and if so how come?
Posted by Desi at 12:18 AM

Tina - That's too funny. I don't picture Jeff as the talk radio or KLCE type. Although I do like some of the stuff on KLCE, it just wouldn't be my first choice.

I love that Pink song, it's on my iPod. And I still listen to my 90's grunge/alternative stuff. I do listen to more country when I'm with the kids. I'm happy with most forms of music, but my music is probably not what more "mature" people might listen to. I like rockin' out!! ;)

My musical tastes have been changing since high school. I listened to alternative rock like Depeche Mode and Garth Brooks at the same time. Just change the tape! lol I go by whether or not I like the song, not what genre it's in or station it plays on. I do agree that I monitor what I am listening to more carefully now that I have a child-my days of naughty rap music are behind me. No more Eminem or Tupac. I still like those songs for old times sakes but whenever I hear them, they seem a little harsh to my "mommy" ears-funny how I didn't think so five years ago! Fun post topic!

I know! :) I give him no end of crap about it.
Ooops, I totally forgot to put the music on today...

Thank you for your help. If you could email me that information I would appreciate it. My email is banana_monster_22@yahoo.com

Nope. In fact, So What is my ringtone! I still have all the old cd's that I had 10 years ago, but I am still listening to the new modern stuff, too! Funny guy!