I feel like such a neglectful mother since I haven’t posted anything about Devyn’s 1st birthday and that was over a month and a half ago now. So, to make up for it I’m going to give you a little glimpse of her.

Here are a few of her more recent accomplishments (the videos are really dark, but you get the picture):

And of course the obligatory pictures :) 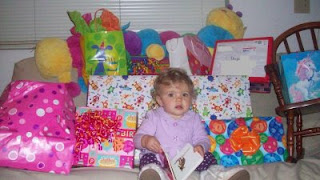 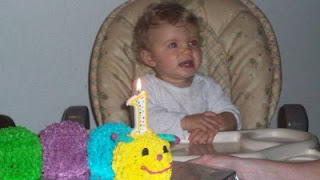 I made this cake to match the caterpillar she got (see in the above picture). 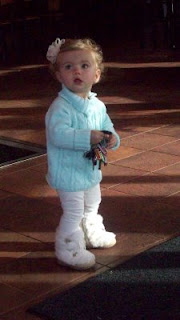 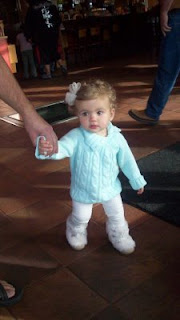 We call this the "snow bunny" outfit.

I love her hair, she's just so cute!

She is too stinkin cute...a mini Desi with daddy's eyes :)

She really is beautiful! Looks like she had a great birthday!

Wow, I want to meet her! She is precious Desi. I'm so happy for you.