Over Memorial Day weekend we drove over to the beach for something a little bit different. These are just a bunch of pictures that I took. The water was really cold (we live in NorCal so none of that warm San Diego ocean experience) so Devyn was more than happy to just stand on the sand and let the surf come up and wash over her feet. Ari was the only brave one in the bunch that would actually go out into the water. 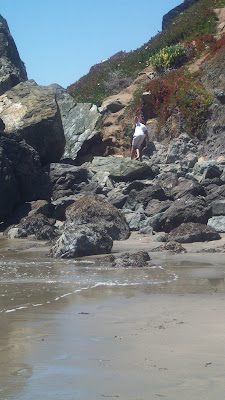 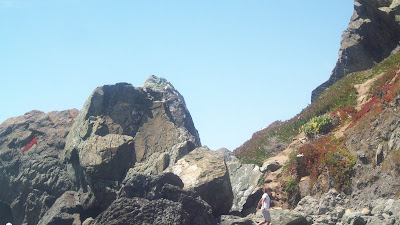 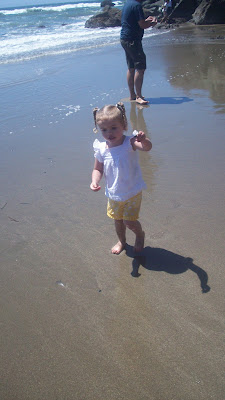 (Showing me a mussel she found) 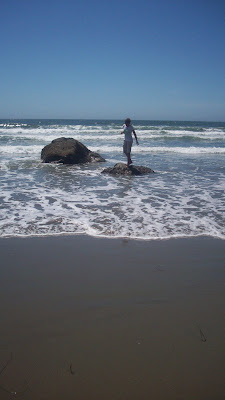 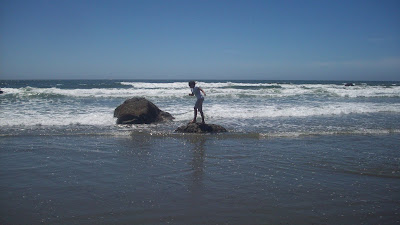 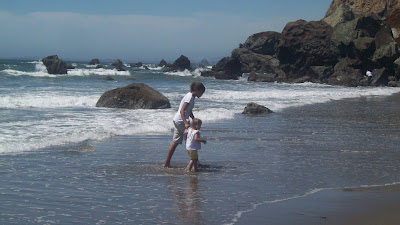 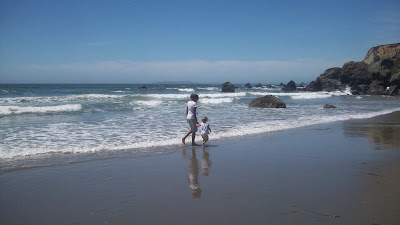 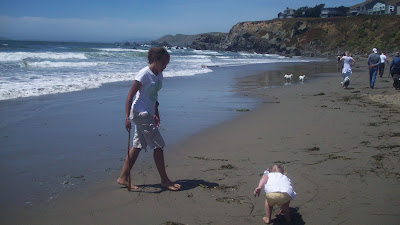 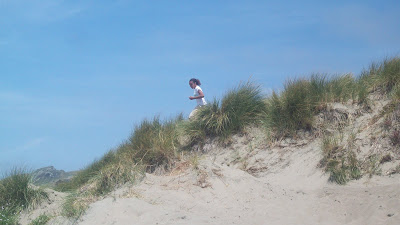 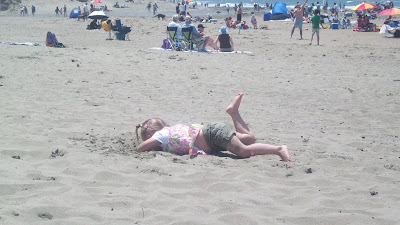 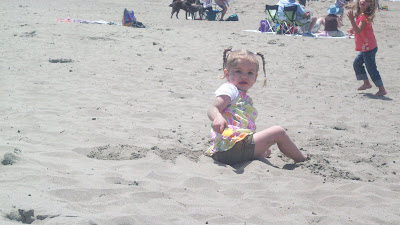 (This was so funny because in the above picture she's digging a hole in the sand and when she looked up at me the entire side of her face was covered in sand.) 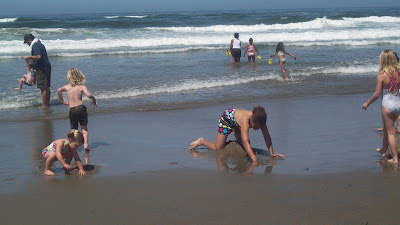 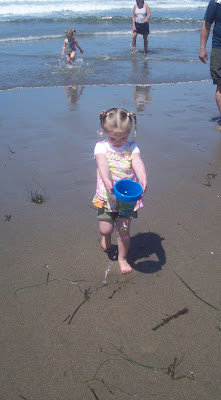 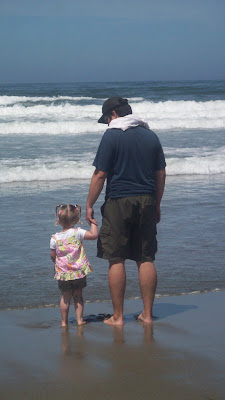 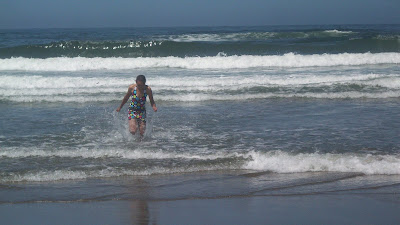 (Just as a side note, a woman came up to me and commented on how cute and "appropriate" Ari's swimsuit was. She was very impressed as "appropriate" swimsuits are so hard to find anymore. I made sure to tell Ari because all of her friends wear tiny little bikinis and I wanted her to know that people do notice when she isn't showing everything off! 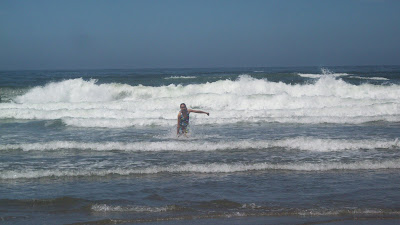 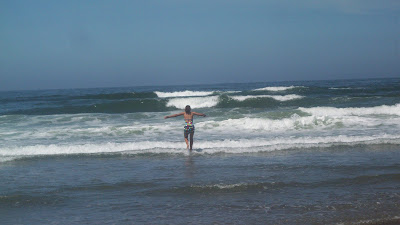 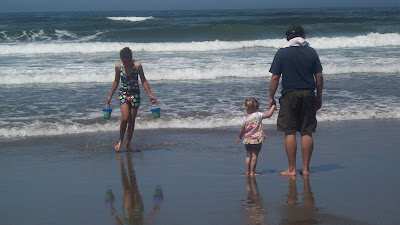 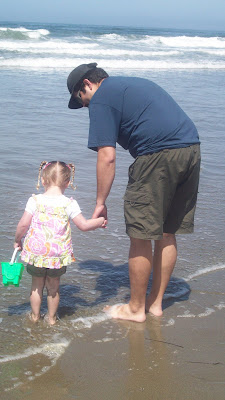 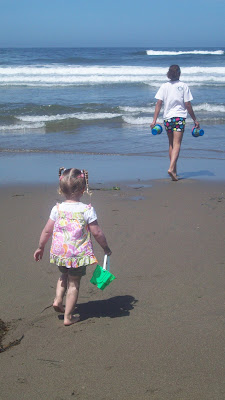 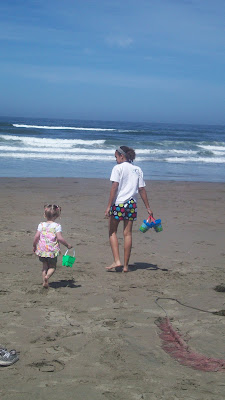 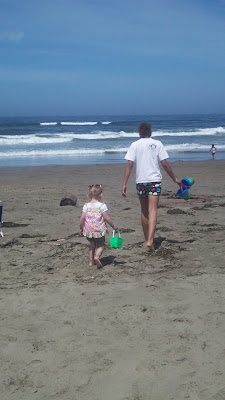 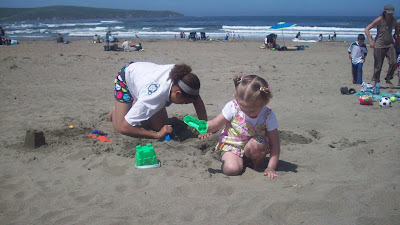 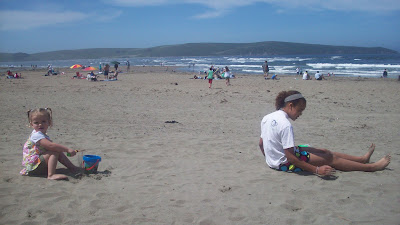 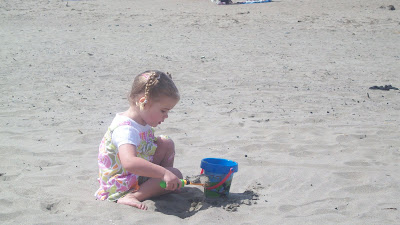 Just a bunch of pictures for those who care to see more pictures of my kids. We had a blast and will have to go back, but I will definitely be better about putting sun screen on. I put sunscreen on my face and arms, but was wearing capris so I didn't think to put it on my legs. I literally got one of the worst sunburns of my life, but only half way up my shins...not only does it look stupid, but now a week and a half later it is still red and sore...yikes!

Great fun!
By the way, the other day in our ward we had a lesson on emergency preparedness. Although they tried... well, it will suffice to say that we REALLY missed Ken's expertise. I never quite appreciated how wonderful his jam-packed information sessions were until we heard someone else give a presentation that was a waste of time.
We miss all of you!

How fun to see pictures of the girls enjoying the water and the sand. What a nice thing of that lady to comment on Ari's modesty - we should all take a lesson to compliment when we see good things.

The pictures of Ari out in the water standing on that rock reminded me of the Karate Kid learning how to do that kick in the water...does that make sense? :)

I love Ari's swimsuit, perfect proof that a suit can be cute AND modest!

All those pictures are so adorable. The one with both girls digging in the sand is such a cute one.