As a parent you have to weigh the pros and cons of everything and then determine what is best for your child armed with whatever information you can gather. 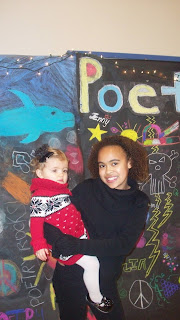 I wish you luck! My daughter is only in kindergarten, but I share many of your thoughts. Particularly the issue of focus--even for a kindergartener she's on the far end of the spectrum with distractibility and energy. She's already starting to struggle with school, and it's hard for us because neither of us ever had trouble in school. I think part of it this year is teacher issues, but we've also realized late in the year and this is already her second school this year so we really couldn't change. Anyways, I hope things go well for Ari and that school gets better for everyone.

good for you for doing what you feel is best for your chid. i hope this helps her to be the kid you know she is.

You should email me.
One of our boys is severe and is on medication. We do not believe in the use of drugs for anything other than recreation so this was hard for us....okay, totally kidding on the recreation part.
I can not even begin to tell you how much easier our world is.

I feel for you. We went through this with Jeremy. He started meds at age 5. We took him off of them when he was 14. He has done well. What is Ari taking?

Good luck with this. We sort of undertand,what with Braden's autism. They wanted to start medicating him pretty young, but he's still doing fine with nothing. I'm sure it will come up again, though. Good for you though, doing whatever it takes and being cautious! You're a great mom!